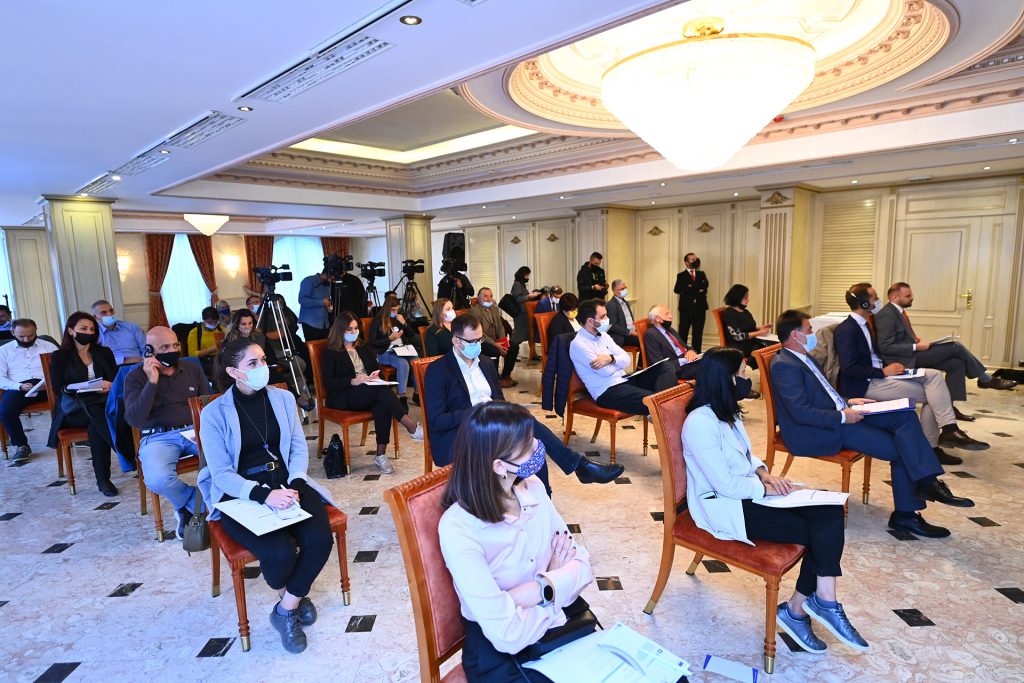 VET Tracer Studies are ready to start! One of Project KSV/801 main goals is to create a Graduate Tracking System (Tracer Studies) that will provide the VET stakeholders, schools and VTCs with evidence on the graduates’ employability data and skill relevance to the labour market needs.

To achieve the goal mentioned above, the Project and EdGuard Institute have worked on several areas that support the long-term sustainability of the National Graduate Tracking System.

This event had two main objectives: the first one is to present the progress of the Project and EdGuard Institute regarding the National Graduate Tracking System; the second one is to increase the awareness among all VET stakeholders regarding this process and the next steps that should be taken for the well-establishment of the National Graduate Tracking System in Kosovo.

During the event, the CTA of the Project, Daniele Cristian Passalacqua, thanked the European Union for financing this important project, LuxDev for supporting its implementation, and other important stakeholders without whom the achievements of ESVET PRO would not be possible. The CTA then presented the key outcomes of the Tracer Studies, the support of Project ESVET PRO in this regard, and what was achieved so far.

The graduate tracking system for the VET sector is implemented in many countries in the world and the region; therefore, this event was a very important milestone to celebrate the launch of the National Graduate Tracking System in Kosovo – a crucial step to be closer to European Union standards.